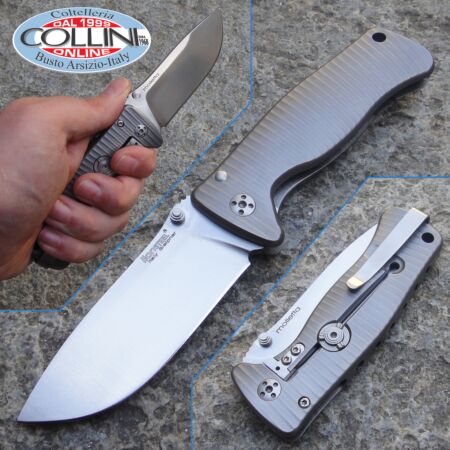 Be the first to review this product
$275.74
SKU
LS-SR2G
Save for later Compare

Company Profile
LionSteel was born in 1969 in the wake of the tradition Maniago.
was founded by Gino Pauletta and in the early years he specialized in contract manufacturing for other factories of cutlery. A few years later his wife, Bazzo Cesarina, he joined the company thus giving new life.
were well designed and put into production the first models of folding knife, along with these models also came to life the brand LionSteel.
brand which comes from a stone sculpture depicting a lion, made ​​by the grandfather of Gino, aluminum and steel, a fundamental component of the knife. Leone and steel in English so they created the brand Lionsteel.
During the late nineties, partly as a result of the entry in the company of three sons Daniele Gianni and Massimo, the company has made the leap, consolidating its position as a 'leader in the production of cutlery. The introduction of information technology and numerical control machines has allowed us to improve the quality standards of new products.
At this time the company has fifteen employees and is selling direct in all the European markets and especially in the USA.
LionSteel's philosophy is to produce the knives in our own factory, avoiding at most to market cutlery products of third parties, and especially from the East.
We are confident that the Made in Italy still has its weight and its own dignity.